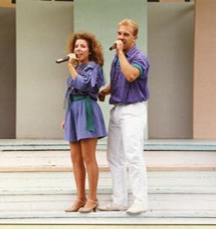 Probably thought you would see a short bio when you clicked on this one! Melanie grew up in a small town in Central Indiana and attended a rival high school with Greg’s. Our school joked his people double parked their tractors. During baseball season she spent her time playing softball as a kid and attending the AAA Indianapolis Indians baseball games. She always dreamed of marrying a baseball player, and after watching a video in her high school government class about how tough and mean Marines looked, she swore to never marry a Marine. Somehow, she ended up marrying a Marine anyway but one who also umpired. It turned out to be the best decision she ever made.

Greg and Melanie met working at a VERY small amusement park in Indiana singing and dancing. They went their separate ways after that summer job, Melanie moving to South Florida, and Greg joining the Marine Corps. After boot camp, Greg started writing her letters and after only a year of writing, they married over Labor Day weekend in 1994. 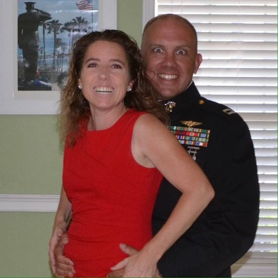 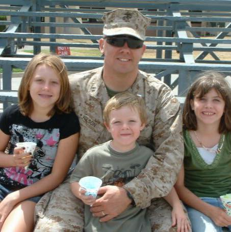 Melanie put 100% into Greg’s career and learned everything she could about the Marine Corps. When they moved to Okinawa, Japan, she put her energy into their two daughters and all the other families in the squadron as the Key Volunteer Coordinator for the Family Readiness Program. Melanie and Greg have always put their marriage before anything else and they tease they come as a package deal for anything and every cause they are involved in. 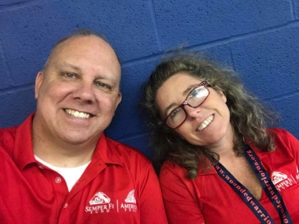 Melanie would continue to be a big part of the family readiness program at each duty station. As a family, they have lived in five states and one foreign country. They have lost many friends through the years and have fought through their own family challenges. While Greg was with the Wounded Warrior Battalion at Camp Lejeune, he shared with her all the ideas and hopes for the WWUA. She has been behind him 100% as a sounding board and advisor. Sometimes she has to encourage and motivate everyone to endure, no matter the struggles they may have had at the beginning. In the end, it is all about the veterans, and helping each one have an experience which can make a difference in their life. 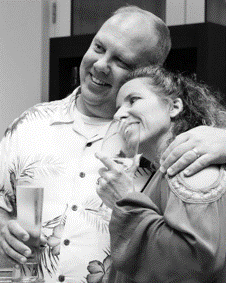 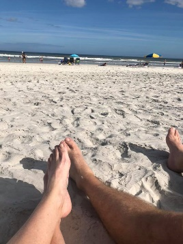 Now that Greg is retired, Melanie has found her dream job and spends everyday teaching Language Arts to middle school students in 6th-8th grade. Many times she has said it is no different than working with the veterans in the summer, except veterans tend to use much more colorful language. Through the years, Melanie has taught choirs, general music, elementary education, religion, and adults in various topics, but now she is where she is meant to be and could not be happier. It certainly doesn’t hurt to live two blocks from her school and three blocks from the beach in Daytona Beach. They both love family time with their three kids and grandson too.

Melanie is a constant optimist and always has an ear open to listen. Through camp, and beyond, she is always in “mom” mode. No matter how old our campers are, she is there to ensure everyone has what they need and can notice when someone needs something they didn’t know they needed. At some point during a WWUA class, the campers started calling her the “team mom” and it stuck, because truly, it’s what she does. She keeps everyone in line and makes sure operations are running smoothly. She also isn’t afraid to take action when we need something done, even if that means we get Taco Bell one night!! 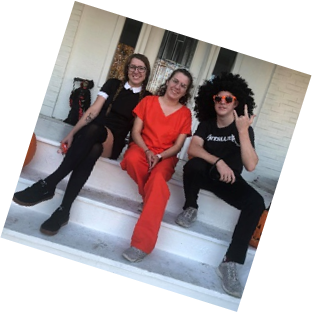 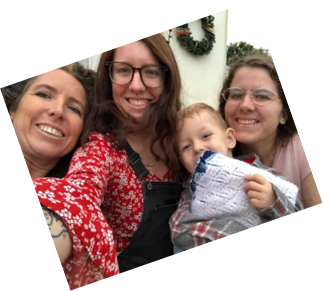